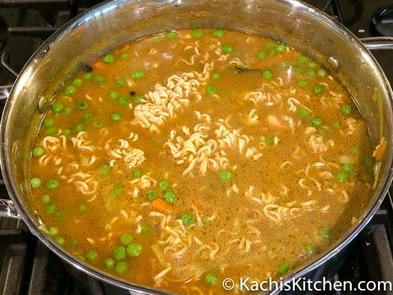 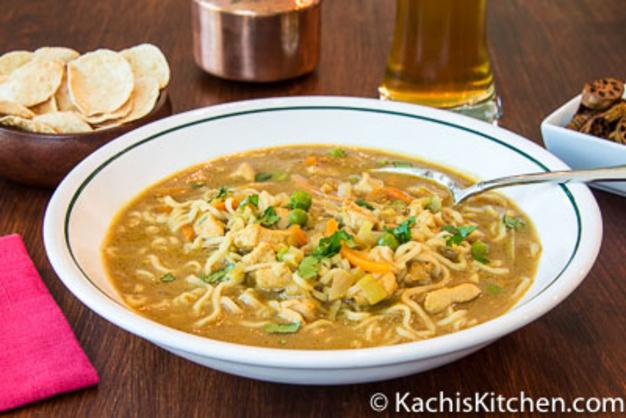 Mulligatawny Soup is an Anglo-Indian recipe that dates back to the days when Britain ruled India. Its name derives from the name milagu-tannir which means pepper water. Some recipes use leftover rice to add substance to the soup. In my recipe I add more vegetables and Japanese ramen noodles which are made with wheat but have a special alkaline mineral that makes them stand up better than other wheat noodles. I serve this soup with pappads. Serves 8-10.

3. Add the garlic and ginger to the pot. Reduce the heat to medium-low then add the bay leaf, coriander, cumin, garam masala, turmeric, chile powder, peppercorns and cinnamon stick. Fry for one minute then add the carrot, onion and leek. Let the vegetables cook for 2 minutes. 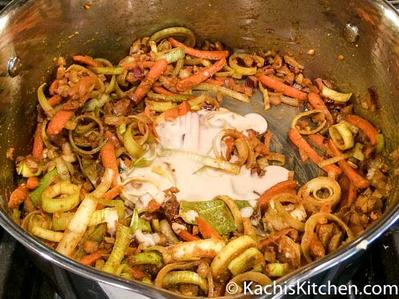 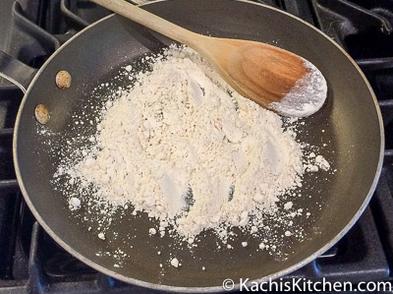 7. Sir in the peas and lime juice. Spoon servings into individual bowl and garnish with chopped cilantro.

4. Pour the chickpea flour mixture and 10 cups of the broth into the pot. Add the chicken back to the pot and add the salt and black pepper. 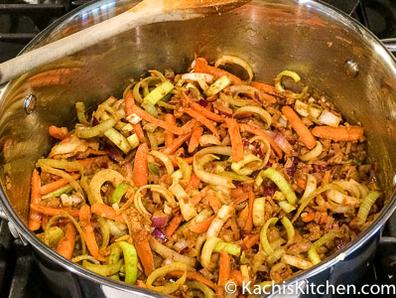 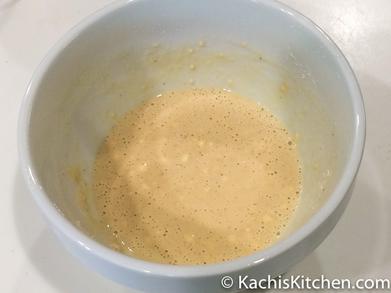 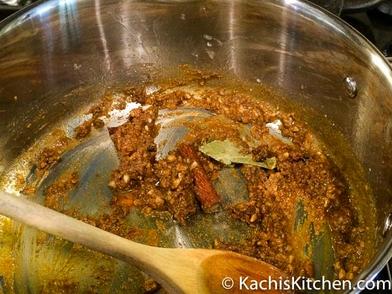 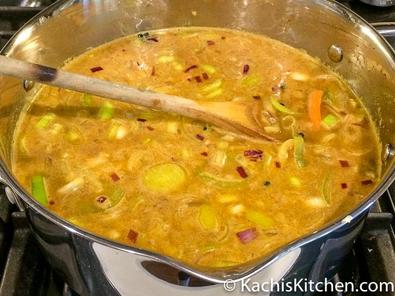 2. Heat the oil in a large pot over medium heat. Fry the chicken until it is lightly browned. Remove the chicken from the pot with a slotted spoon and set it aside. 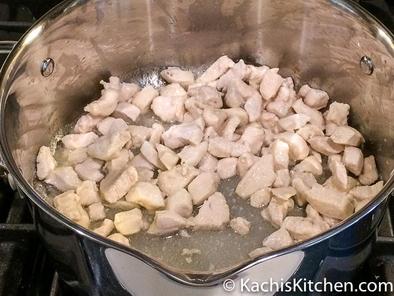 5. Raise the heat and bring the soup to a boil then reduce heat to low. Cover and simmer for 25 minutes until the chicken is tender. Taste the broth. If the flavor is too intense for your preferences add the remaining broth.

6. Add the ramen noodles and let them cook for the time stated on the package.