1. In a skillet over medium heat without any oil, dry roast the
spices for a few minutes stirring frequently with a wooden
​spoon. Cool and powder the spices coarsely in a blender.

- It is best when made fresh as the flavors and aroma are at their peak.

If you make it ahead, store it in an airtight container and use it as 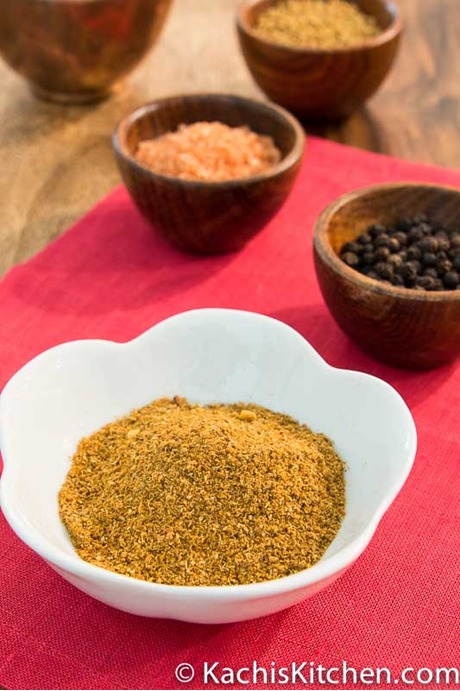 Garam masala is an aromatic mixture usually made from cinnamon, cloves, nutmeg, pepper and cardamom which are roasted and ground. The ingredients and their amounts used vary regionally across the country. It is often made with dried red chilies, cardamom pods, cumin seeds, coriander seeds, fennel seeds, bay leaves and star anise. By varying the recipe, the flavor is customized to complement the recipe for which it is used. Usually included in non-vegetarian dishes and in some vegetarian dishes, it provides a rich flavor. It literally translates from Hindi as ‘hot spice’ even though this mixture is not spicy hot.